Rome is replete with layers of architectural genius, built through ages, as kings, their subjects, and everyone in between, met at this juncture of civilization. At the end of the 1400s, when the Florentine Renaissance shifted to Rome, it was ordered to be adorned with paintings, its churches to be proliferated. The popes were patrons of art and culture and they cultivated Rome through the years, decades, and centuries.

From Raphael’s Frescoes to Michelangelo’s masterpieces, from the Renaissance paintings to the dominance of baroque architecture, Rome is home to some of the most impactful art pieces in history.

We had a difficult time in choosing from all the historical places, artefacts and architecture. So try and be everywhere. Let the city’s identity take you all in. But that would cost you too much time: walking through all the layers of history. For those who are on a timer, we have some of the main attractions listed here:

An amphitheatre that’s been built over a period of 100 years. It is the concentration of all that Rome is, its identity, its architecture. It’s the centre of the city, one of the seven wonders of the planet, the architecture and timelessness of the structure is there to mesmerize you. Let’s keep it at that. When in the vicinity of the Colosseum, visit the Palatine hills as well. Don’t miss it, an art enthusiast or not! Perhaps most of the archaic structures standing today in Rome bears witness to gruesome history. Built within the timeframe of 1506 to 1626, Italian Renaissance movement leaves its signature here. It’s a fusion of Renaissance and Baroque architecture housing works of masters like Alberti, Raphael, Bramante, Michelangelo. 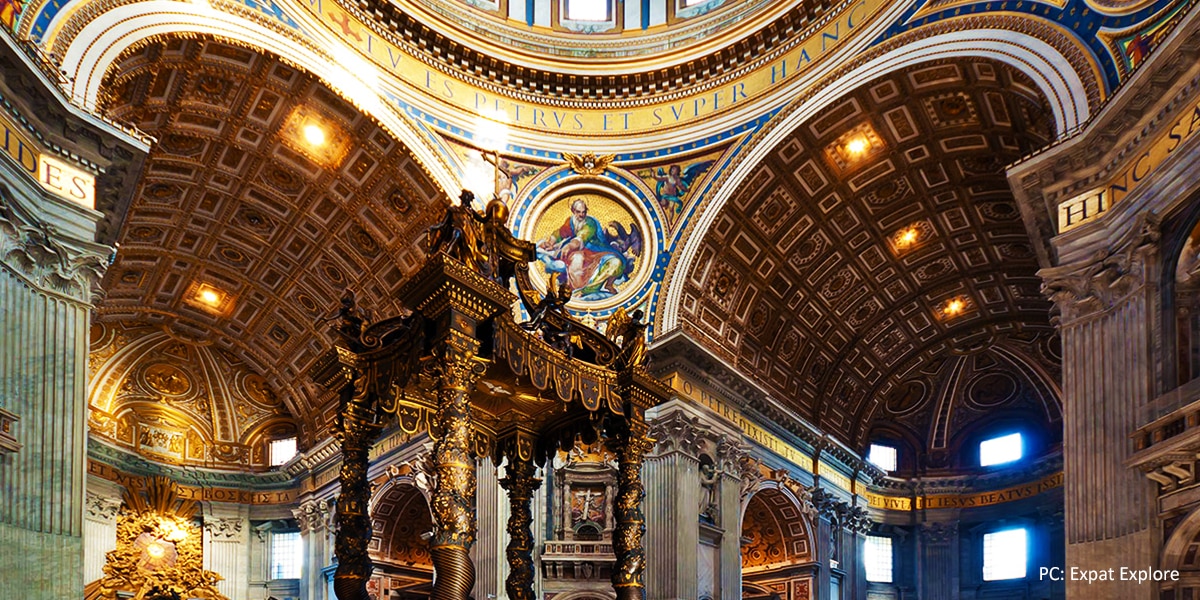 You know one of the most beautiful pieces of architecture in the entire world was built out of a feud between two architects, Bernini and Borromini? Pope Innocent X chose Bernini over Borromini after taking the latter’s grand designs. But it’s said, it was Bernini’s genius to add the Four Rivers Fountain. The four figures at each corner are allegorical male figures representing the four main rivers of the world. Look and wonder at the marvellous architecture of the place. A space that calls for its originality. Designed by the famous architect Zaha Hadid, the contemporary art museum houses the best in modern art and architecture. Italy has had its own share of art, food and political movements. And all of them evolve each day. Maxxi shows you the best of Italian contemporary art which breaks from the Renaissance and the baroque style. 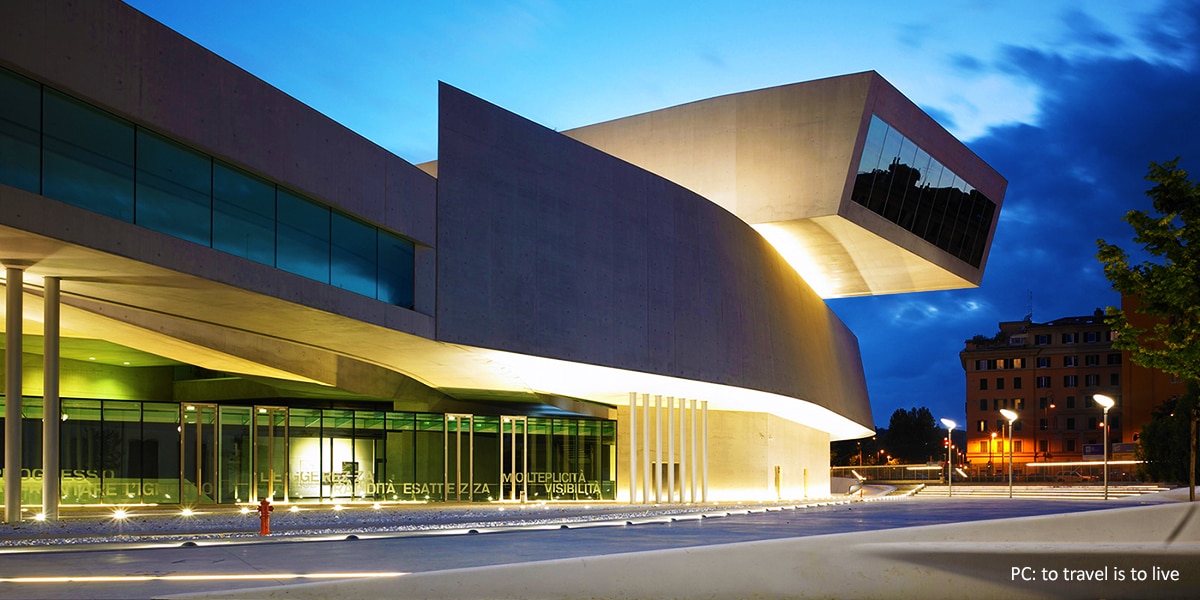 ‘Our sweetest songs are those that tell of saddest thought.’ Getting away from history, huge memorable paintings whose still vibrant colours burn your eyes, dive into the history of literature a bit. The famous poets of the Romantic Era, Shelley and Keats stayed in the same house and the latter made it his permanent home when he was 25. Their home has been preserved to make a museum with an extensive collection of their writings, paintings, original manuscripts. Visit the two literary giants who fell in love with Rome as well. 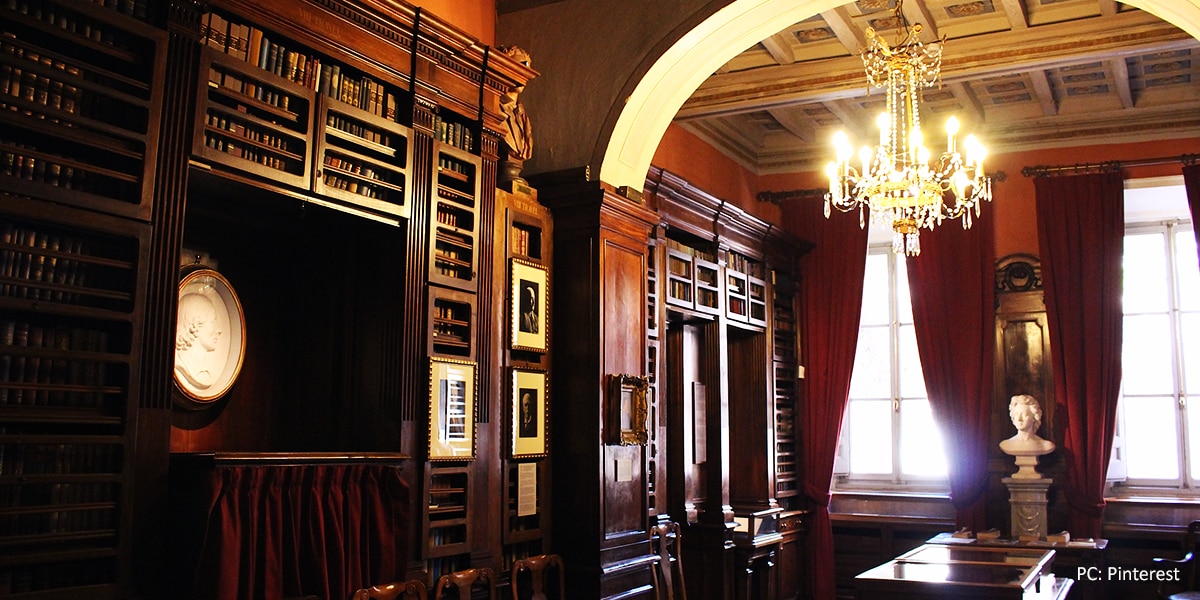 This is where architecture and sunlight meet for you to stare and wonder. Between 11am and 1pm, the sunrays pour through the oculus in the dome making way for one of the most spectacular play of lights. Pantheon should be on anyone’s must visit list. A temple turned church made of Corinthian columns, multitude of colours and bronze doors. A house of science, art and architecture. Michelangelo built this church. Need any other reason to visit this place? Santa Maria degli Angeli e dei Martiti stays over the remaining parts of an ancient bathhouse. The passage is a gigantic block from the Baths of Diocletian which was changed over by Michelangelo into a church. The most striking component of the church is the sundial in the floor which was utilized to set checks in Rome for around 150 years. Situated in the core of Palazzo Doria Pamphilj, this marvelous workmanship display is set in a similarly great royal residence. The four wings opening onto the inner yard with excellent renaissance curves and also the extensive lobbies of the Aldobrandini Room and the Primitives Room show the perfect works of art of the private gathering of Doria Pamphij family. A space stuffed with some of the finest architectural masterpieces of the ancient civilization. Hadrian’s Villa was built as a summer residence for the Emperor between 118 to 134 AD. Its humongous size holds the full size remakes of all those buildings from Greece and Egypt which were the Emperor’s favourite. A quick trivia: many of the Egyptian relics of the Vatican are taken from the share of Hadrian’s Villa. A must visit! Found only a short distance away from the Sistine Chapel, the Vatican Museums are a site of awesome significance for the Catholic convention and the workmanship world. With shows committed to the historical backdrop of the Vatican City and also a 9 mile long gathering of fine art dating back to old Egypt, it’s most noted for its superb Raphael rooms and by the passageway with frescoes by Raphael and Michelangelo.