Finding your true love at work is a fantasy for many, and yet at the same time, looked down upon by several organisations, and barred at a lot of places. However, that hasn’t stopped people from finding love where they are, and why shouldn’t they? That is the nature of love, it comes to you when you’re least expecting it, and from places you never imagined you’d find it.

Rohan called Karan looking for the solution to a problem almost all of us face when we fall for someone at work. The intensity might vary but if you’ve ever had an encounter with someone at work you will relate to Rohan’s dilemma.

Rohan went for an office trip recently and where he hit it off with a colleague. Owing to some alcohol, they hooked up that night. He never really hooks up with colleagues but this time was an exception. But he made no fake promises to escalate the hook-up to anything else.

However, post that night, she has been acting a bit too needy. She’s been spamming him with incessant love messages and shayaris and it’s becoming difficult to back-track from here.

Karan started off by addressing Rohan’s apprehension of dating someone from work.

“First of all, I want to tell you that not having physical or romantic relationships with a colleague is not a rule you should make for yourself. Because never say never. You don’t know where you might just find love.” 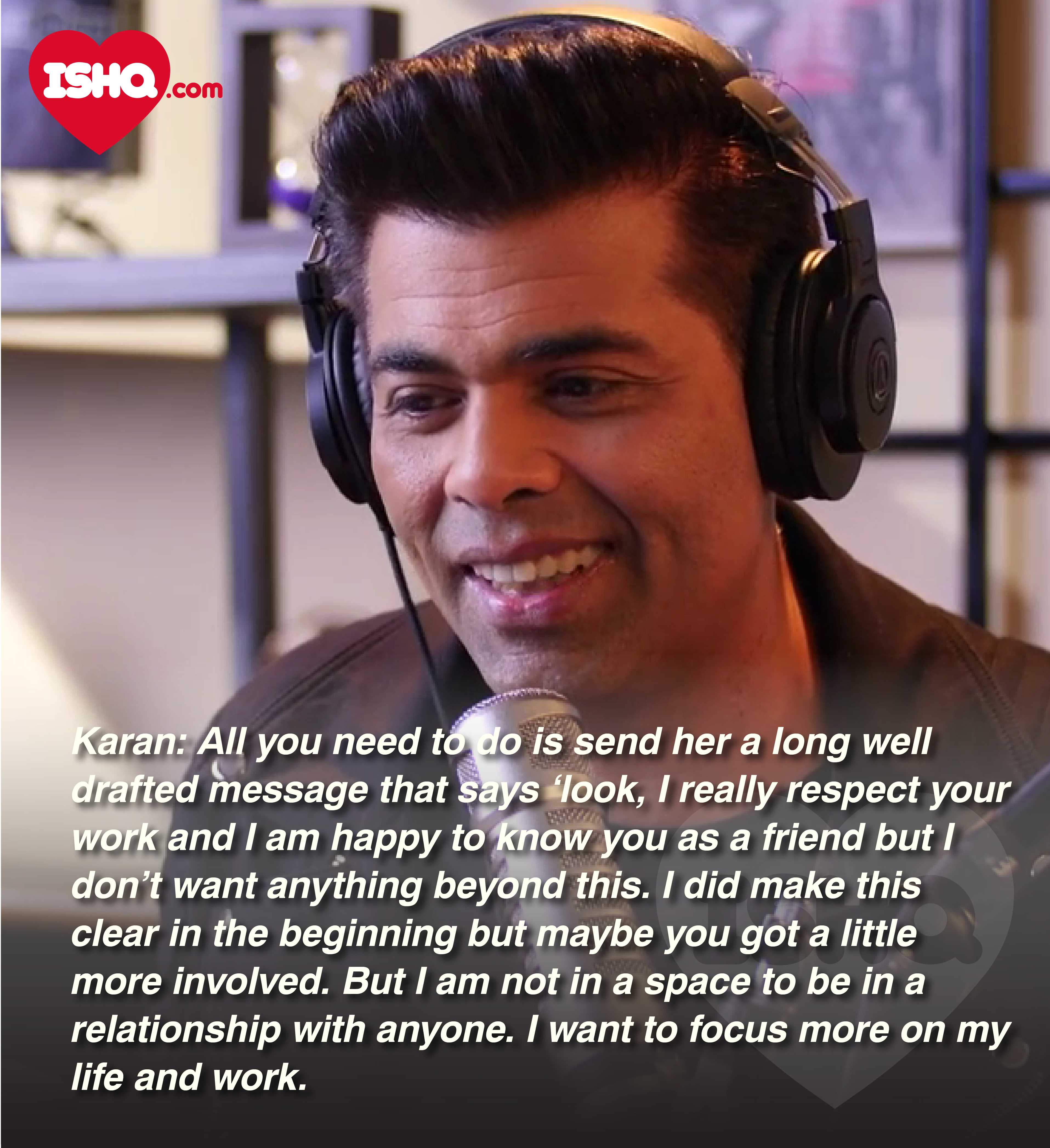 “At some points, you just need to be assertive about how you feel and what your priorities are. And as soon as you do it, people do tend to back off, as their ego kicks in.”

Office romance can be very tricky and taxing on anyone who gets involved. While that’s no reason to stay away from it, it’s very important to make sure you don’t make anyone around you uncomfortable, especially the one you’ve fallen for.