It’s true when they say ‘Log kya kahenge?’ killed more dreams than waking up does. Societal pressure makes us do crazy things just so that ‘they’ don’t talk about it. When Samrat called Karan, it got us into a deja-vu. In ways more than one. First, because Karan has a film made on what Samrat had to say. Two, it’s the omnipresent society that makes all of us do weird stuff, just to not let ‘them’ know. Always relatable. Read on to find out. 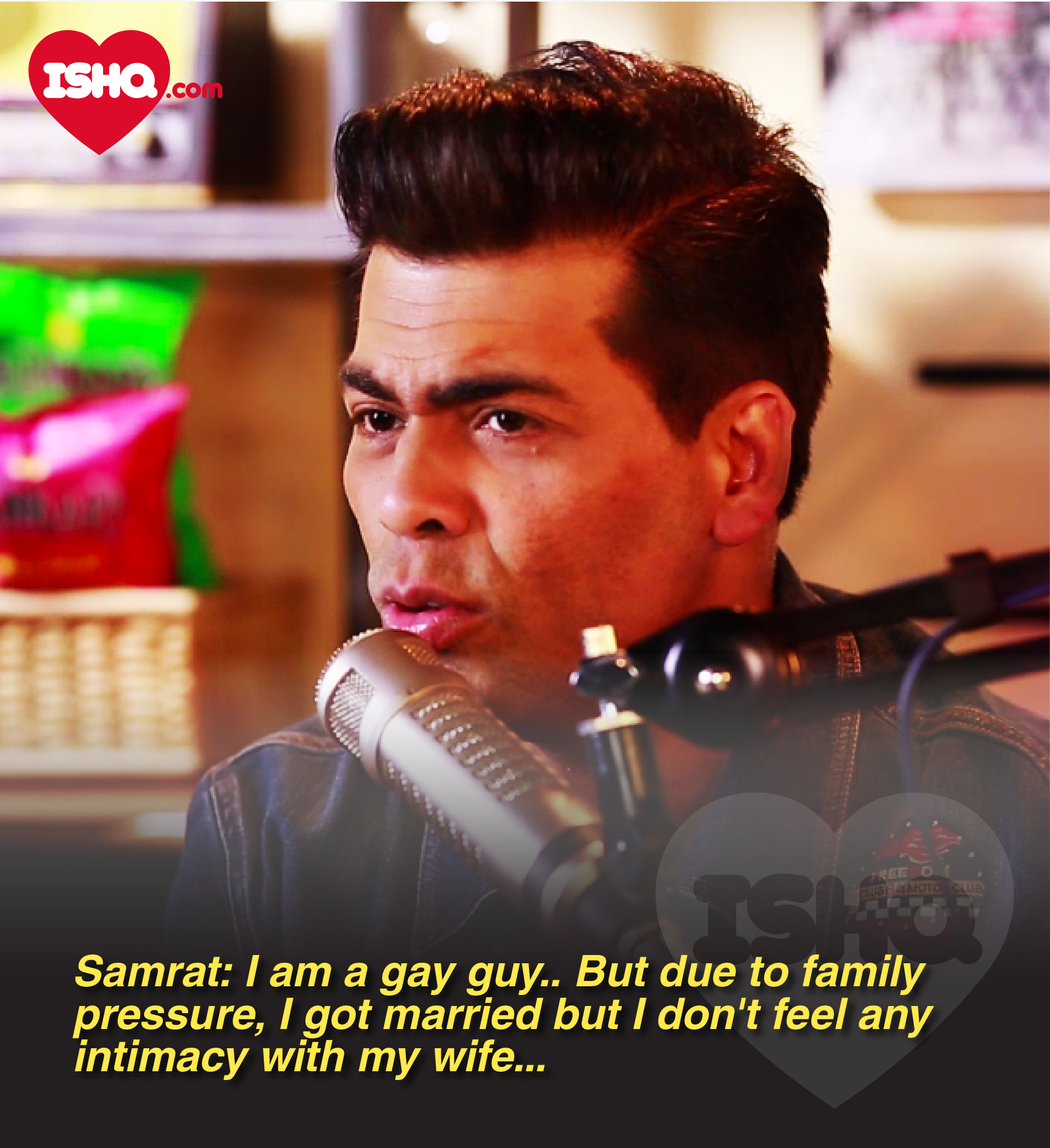 Samrat: So, basically I am a gay guy.. But due to family pressure, I got married but I don’t feel any intimacy with my wife… it’s so depressing when I go back to my home and I don’t like spending time with her and I keep checking facebook accounts of guys and all. I thought that I would share this with my wife but this would collapse everything about our marriage. I really don’t know what to do.

Karan gives him the only solution to the problem and explains why it is so. Moreover, we should be at home with who we are and what we are. There is nothing to be ashamed of despite what the society says. Societal stigma, traditional conservatism makes us believe otherwise. But to attain our full selves, it’s the foremost thing to do. Karan: Never feel lesser because you should walk proudly as a gay man. That is your orientation, that is your preference. It’s your prerogative. No one can take that away from you and no one should. Yes, we live in a traditional and conservative society. We have parents and grandparents, people who do not understand the concept of homosexuality.

Then he moves to the harder and more harsh truths of life.

Karan: But what you have done, Samrat, is not right. You have actually dragged another life with you in this. Which is what I think is not fair… So, as harsh as this may sound to you, but you have got to be honest with her and tell her ‘I am gay. I made a mistake and I am really sorry.’ And you have to own up to what the repercussions will be… There was a film that I made and I want you to see it. It was a Bombay Talkies short film that I directed. It dealt with this topic about a man who was gay and got married and eventually realized that living a lie is not fair…

It’s a long journey to get ourselves to acknowledge what we are, and it requires a lot of courage to declare it to the world. 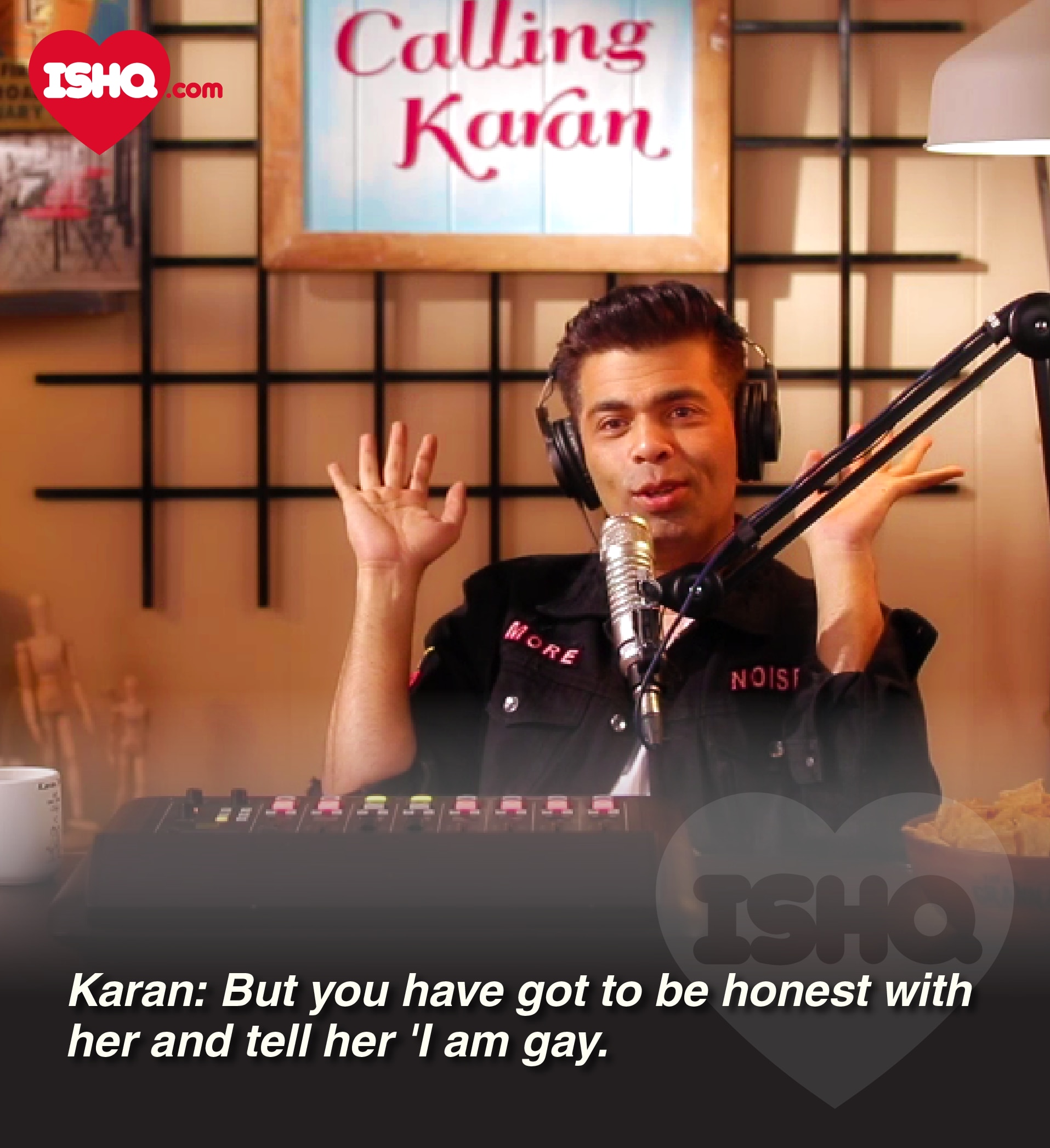 Ending on a strict and lovable note,

Karan: …what you can do is be upfront and honest with her. And then you have to face the music but post-that, Samrat, trust me, you will feel liberated. The truth will set you free.

Before the world, it’s important to love ourselves. With love and warmth, we accept the beings we are despite the flaws. Without them. Just with them.